Review of Splatoon 3 in Progress

When Nintendo unveiled the initial Splatoon, a kid-friendly multiplayer competitive shooter was a bizarre idea. Combat became significant but largely tangential to the main objective of smothering everything in viscous goop thanks to the novel zone-control techniques. Without the need for a cumbersome scoreboard, painting the battlefield provided an immediate and natural visual sense of who is winning and losing. The kind of joyful surprise that Nintendo has come to be recognized for was its exquisite design. Splatoon 3 acts as an improvement and compilation of all that came before it after two games and a significant expansion. This time around, it's less new, but it's still enjoyable, and it all comes together to make the most complete Splatoon game yet.

Splatoon 3 begins with a brief tutorial that teaches you the fundamentals of splatting before dropping you off in the main hub region, a new city called Splatsville, in the centre of the desert Splatlands, of course assuming that you are unaware of all of this. It's a little overwhelming at first, but you're encouraged to explore to find out more about all the gameplay options and places to go. The city isn't very big—it serves largely as a centre for other game modes—but it feels bustling with life and has lots of hidden corners to discover. You can start playing the single-player narrative, cooperative Salmon Run, or multiplayer competition whenever you like.

Since it allows you more time to practise splatting tha 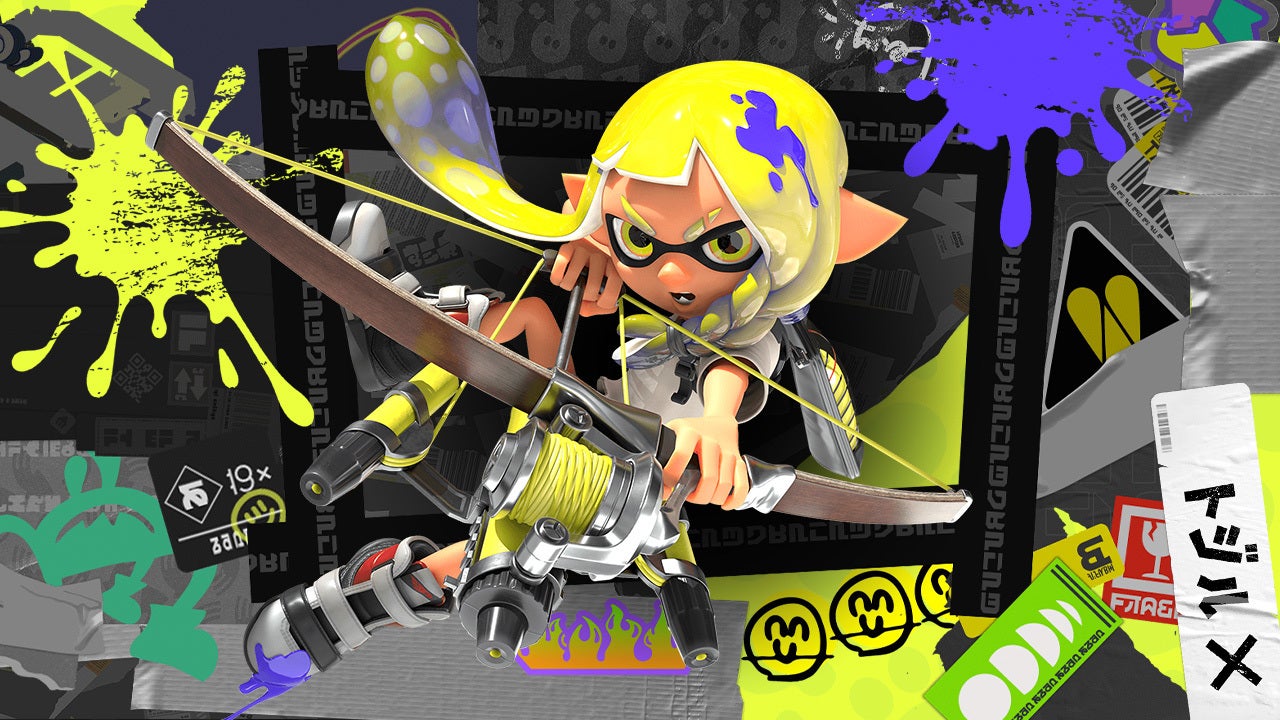 n the brief pre-Splatsville introduction, the single-player mode is the best place for new players to begin. Though the campaign is extensive and makes superb use of mechanics to iterate and present different types of problems, it is much more than a glorified lesson.

The plot revolves around your fictional character, who joins a group of special agents as one of their newest members, as they investigate the island of Alterna, which is said to contain information crucial to understanding this post-apocalyptic squid universe. Although there are a few allusions to earlier incidents and people, the story largely stands on its own. It genuinely does explain what happened to humanity, keeping true to its promise. Fans of Splatoon will be happy to learn the reasons why hybrid squids and octopuses have taken over the planet and will be relieved to finally learn them.

The main theme of the narrative, though, is less about humanity as a whole and more about figuring out what's going on with a massive, visible rocket covered in fuzzy ooze. Exploring difficulty stages allows you to continue through the campaign, but getting there requires getting past or through the fuzzy ooze. You will instantly die if you fall in and change into a Captain Caveman-like beast. By saving up your wins from the various levels, you can use them to burst pulsating oozing bubbles, which starts a chain reaction that clears some fuzz and creates new passageways. Everything is quite simple, and the system is adaptable enough to allow you to skip a step if it's causing you problems and simply move on to another.

Through the sheer range of various obstacles, the stage design exhibits a huge degree of innovation. The game explores bare-knuckle platforming, combat situations, and even light puzzle-solving without making its primary paint-gun gameplay feel out of place. The opponent design is the only downside because it lacks enough variation to last during an 8–10 hour campaign. Over and over, you'll come up against the same few enemy kinds, with a few small variations. Despite this, the game's and the trilogy's overall, last act feels like an appropriately monumental climax. The final fight in Splatoon 3 is scaled up to such ridiculous proportions that I couldn't help but giggle. Given the campaign's sudden increase in complexity, it also presents a unique test of ability, which makes it seem thrilling but also perhaps a little cheap. It might be difficult to navigate the city, which serves as the focal point for both the multiplayer choices and the story mode. It's convenient to use the shortcut option in the menu to get straight to any location, but it's also fun to wander the city and figure out where everything is. Even if it is a little unnecessary, it gives the city a lived-in and full feeling that a simple menu might not. However, occasionally I saw a little decrease in frame rate as I was roaming, suggesting that the Switch OLED hardware may not always be able to keep up with the demands of a busy city.

Turf War, the game's classic competitive mode, is as hectic as ever, pitting two opposing teams in a struggle for control of a single arena. In order to take advantage of the new Squid Surge technique, which enables you to fire up walls rapidly, the new levels that rotated in during pre-release multiplayer sessions fit well into the Splatoon milieu. Since getting the upper hand on opponents from behind a corner is essential to victory, Splatoon has always made excellent use of cover without necessarily being a cover shooter. The new maps are brimming with secret alcoves and shortcuts that encourage exploration.

With more tools for top players to hone their skills, Splatoon 3 feels more like it has considered its role as a genuine competitive game. If you wish to explore a map before starting a competitive match, the Recon mode is simpler to find. It may be useful for less skilled players to experiment with weapons and see their damage outputs on dummies in the new lobby system, where you wait between matches. This will help you choose the weapon that feels right.

Additionally, the co-op Salmon Run is back, allowing you to play whenever you choose rather than only during set events. This is a particular highlight for me because I really like cooperative multiplayer to competitive multiplayer. In Salmon Run, you fight against waves of hostile salmon as they close in on you while also gathering eggs to move on to the next stage of combat. As you increase the difficulty, it can become chaotic, but I haven't had enough time to test whether the mode becomes monotonous when I can play as much as I want.

That also sums up how I felt about the multiplayer in general. Nintendo provided a few post sessions for reviewers to test the game, but those few sessions were insufficient and did not take place in a live multiplayer setting. A few packs of the card-based Tableturf Battle minigame were scattered throughout the single-player campaign, but I haven't yet had a chance to play it. I'd also want to acknowledge the new multicolor Splatfests and higher-ranked Anarchy Battles. Post-release, it will need additional time to give these aspects the thorough analysis they merit. Once Splatoon 3 is released, I'll keep playing to develop more concrete ideas.

Currently, Splatoon 3 is the most complete Splatoon game to date because to its incredibly creative story campaign and extensive selection of multiplayer choices. The multiplayer modes require some more testing, but the overall structure seems solid.